Roll over image to zoom in
Click to open expanded view

Digital Key  This is a digital edition of the product (CD-KEY)
Check Activation Guide.

If roaming through an immense world with death looming around every corner is your type of entertainment, the PUBG key is yours for the taking! PlayerUnknown’s Battlegrounds Steam key unlocks an extensive and wild online battle royale experience which promises to surprise each competitor with striking visual quality, unprecedented mechanics, and remarkable replayability value!

With PLAYERUNKNOWN’S BATTLEGROUNDS Steam key, you will enter a 64 square kilometer island with a bunch of other players online! You’ll have to scavenge the lands for weapons and supplies to be the one to survive. PUBG price is a small one to pay, for the emotional rollercoaster you‘ll experience with each match.

Hiding is not an option because with time passing by — the playable area shrinks with all-consuming fog of death! Buy PlayerUnknown’s Battlegrounds key and feel out the dynamic in-game map which constantly pushes you to a selected center position, where the outcome to an epic battle for survival gets decided fairly quickly. However, a veteran battle royalist knows more than a few tricks to prolong his/her journey.

An Enemy of your Enemy is… Your Enemy!

Buy PlayerUnknown‘s Battlegrounds Steam key, but trust nobody, as every man and woman here, are cold-blooded professionals. Each competitor stands for himself and at the very end, there’s only one survivor to this massacre! Will you be the last one standing with a pile of dead bodies behind you? Or will you join the corpse mountain’s foundation yourself? 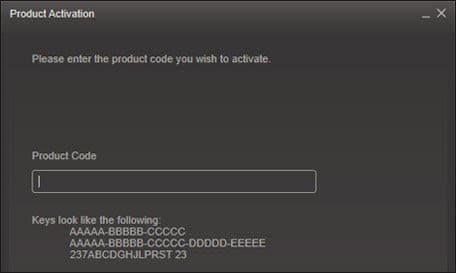 Be the first to review “PlayerUnknown’s Battlegrounds” Cancel reply

There are no reviews yet.

We use cookies on our website to collect and analyse information about the users of this website. We use this information to enhance the content, advertising and other services available on the site. By clicking ‘Accept all’ you consent to the technology we use.
You can adjust your consent by clicking Cookie Settings or by going to cookie preferences in the footer.

Any of your visited websites is likely to store and retrieve information off of your browser, this process, in most cases, is done in the form of cookies. The gathered data provides useful insights about the user; user’s preferences; device in use. Such information often helps the site to perform according to a visitor’s expectations. While the gathered data may not identify you, it allows us to provide a significantly personalized experience. We respect your every right to privacy, so you are free to disable particular types of cookies at any time. The collected data from cookies, in some cases, is also shared with third parties, such process may be considered as a ‘’sale of personal information’’ under the California Consumer Privacy Act (CCPA). It’s your right to opt-out of the sharing act at any time, and you may do so by disabling particular types of cookies.
Necessary Cookies Always Enabled
Necessary cookies are required for the website to function and cannot be disabled. This type of cookie, in most cases, is only applied in response to certain actions, and/or request for services that you perform, these include preferences setting, login, and forms filling. Your browser can be set to alert or even block these cookies. Though, in turn, some parts of the website may not function as intended, or not function at all.
Functional Cookies
Functional cookies help to perform certain functionalities like sharing the content of the website on social media platforms, collect feedbacks, and other third-party features.
Preferences Cookies
Preference cookies collect the data concerning your personalized experience on the site. Everything from the website’s behavior to looks and your preferred region depends on this cookie form.
Analytical Cookies
Analytical cookies allow us to monitor and analyze visits from a variety of traffic sources, this helps us to improve the overall site’s performance. This type of cookie also provides data on the most and least visited pages as well as the visitor’s navigation path around the site. The entirety of data collected by analytical cookies is aggregated and therefore completely anonymous. If these cookies are disabled, we can no longer follow your visits.
Advertisement Cookies
Advertisement cookies are used to provide visitors with relevant ads and marketing campaigns. These cookies track visitors across websites and collect information to provide customized ads.
Marketing cookies
Marketing cookies, in most cases, are set by our advertising partners all throughout our site. Our partners may use this form of internet cookie to build a profile of your interests in order to provide you with relevant adverts while visiting other sites. These cookies don’t store your direct/personal information, instead, they identify your browser and internet device. When disabled, the amount of advertising you encounter will not change but will be less relevant to you.
SAVE & ACCEPT